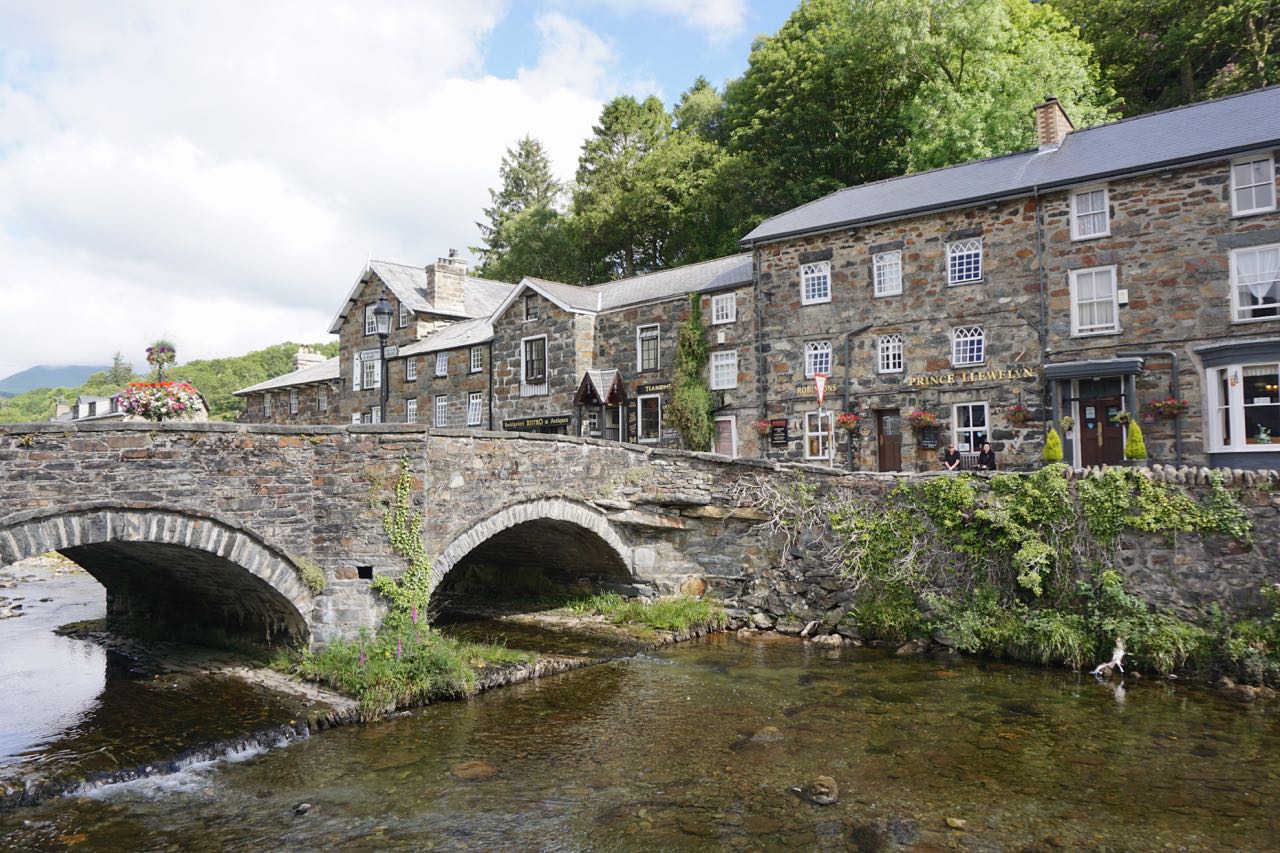 Beddgelert’s fame and popularity (apart from its beautiful location) is a small mound in the village called “Gelert’s Grave“. While this sad tale has been told throughout Europe for hundreds of years, it was the brainwave of David Pritchard, the 18th-century landlord of the nearby Goat Hotel, to connect it with the village to boost tourism. It worked! Beddgelert has a population of just over 600. 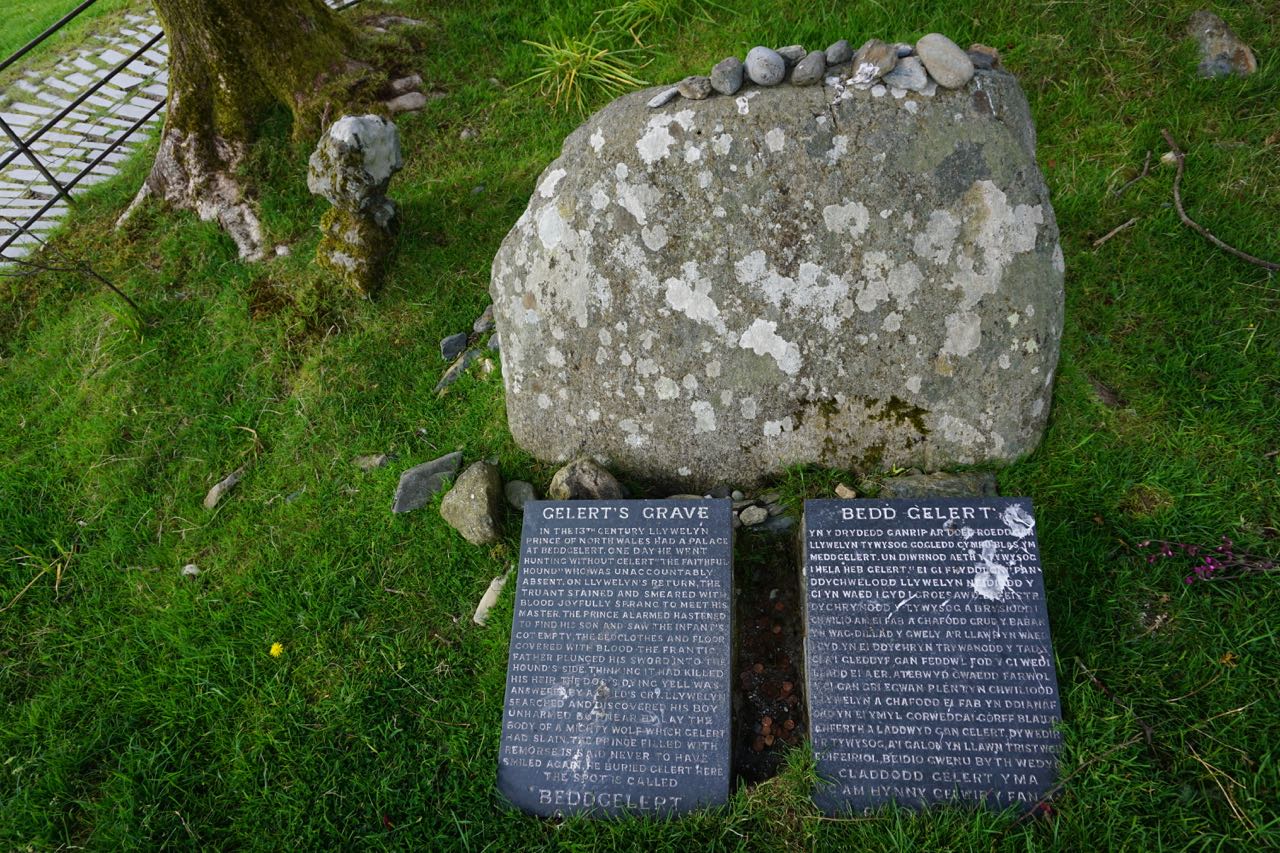 In the 13th Century Llewelyn, Prince of North Wales had a palace at Beddgelert. One day he went hunting without Gelert, “The Faithful Hound”, who was unaccountably absent. On Lleywelyn’s return, the truant, stained and smeared with blood, joyfully sprang to meet his master. The Prince alarmed hastened to find his son and saw the infant’s cot empty, the bedclothes and floor covered with blood. The frantic father plunged his sword into the hound’s side thinking it had killed his heir. The dog’s dying yell was answered by a child’s cry. Llewelyn searched and discovered his boy unharmed but nearby lay the body of a mighty wolf which Gelert had slain. 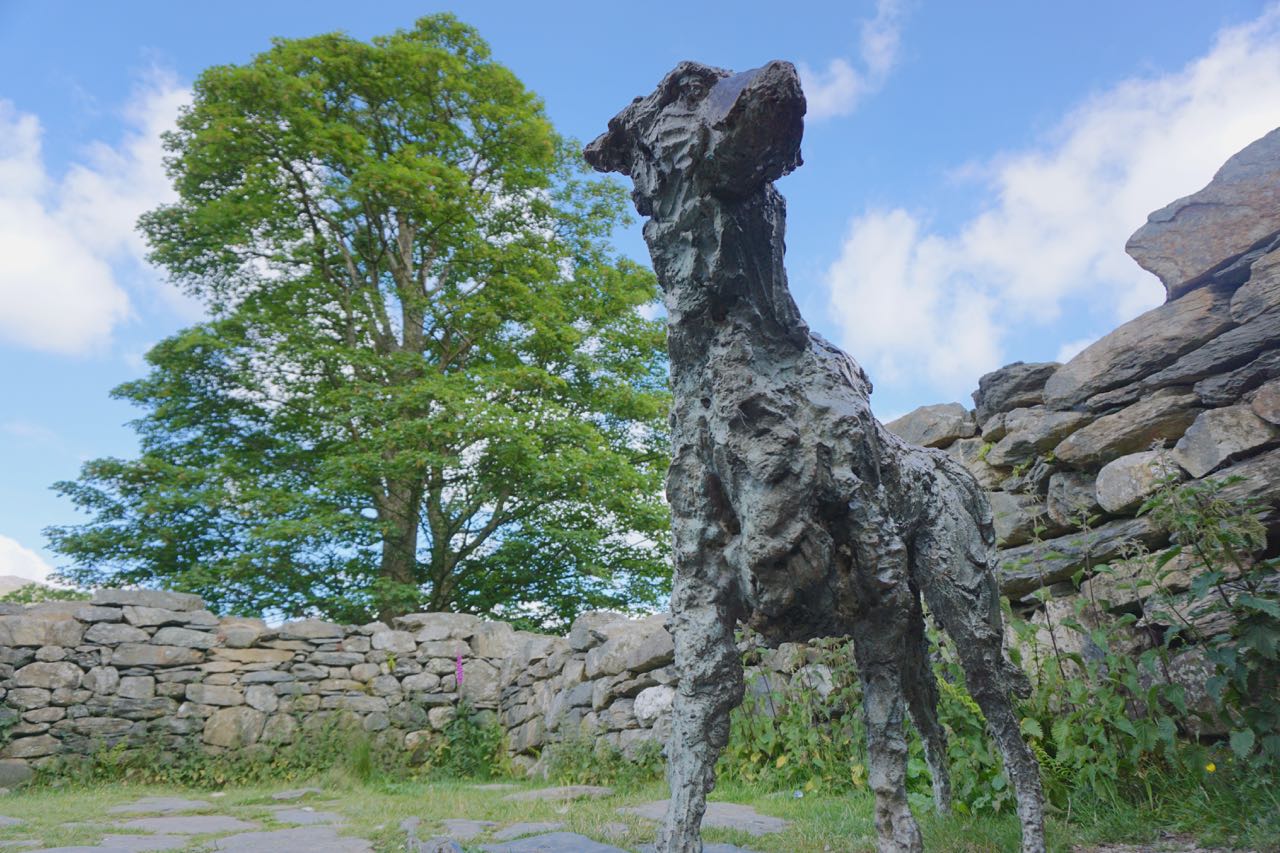 Sculpture of the Dog “Gelert” at Beddgelert

The Prince, filled with remorse, is said never to have smiled again. He buried Gelert here. The spot is called Beddgelert “The Grave of Gelert”. 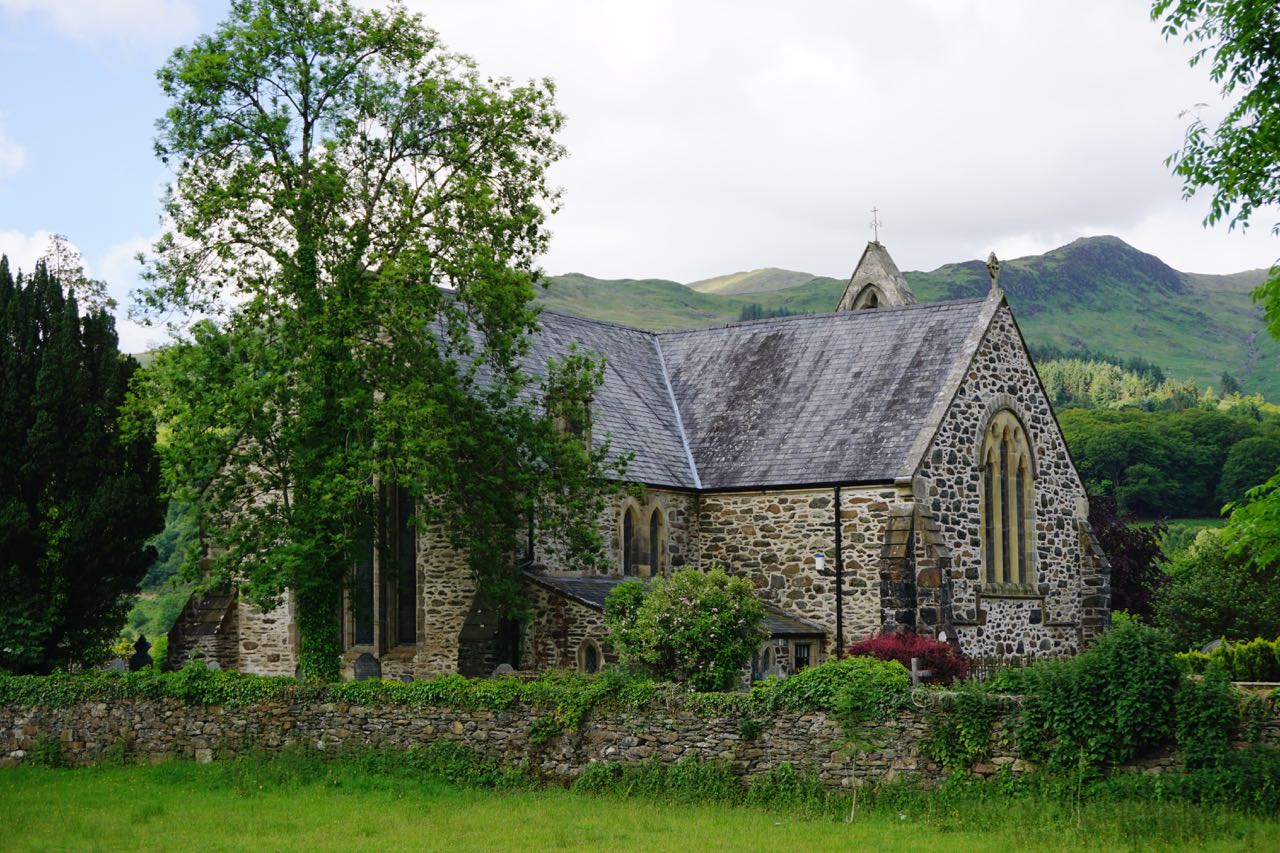 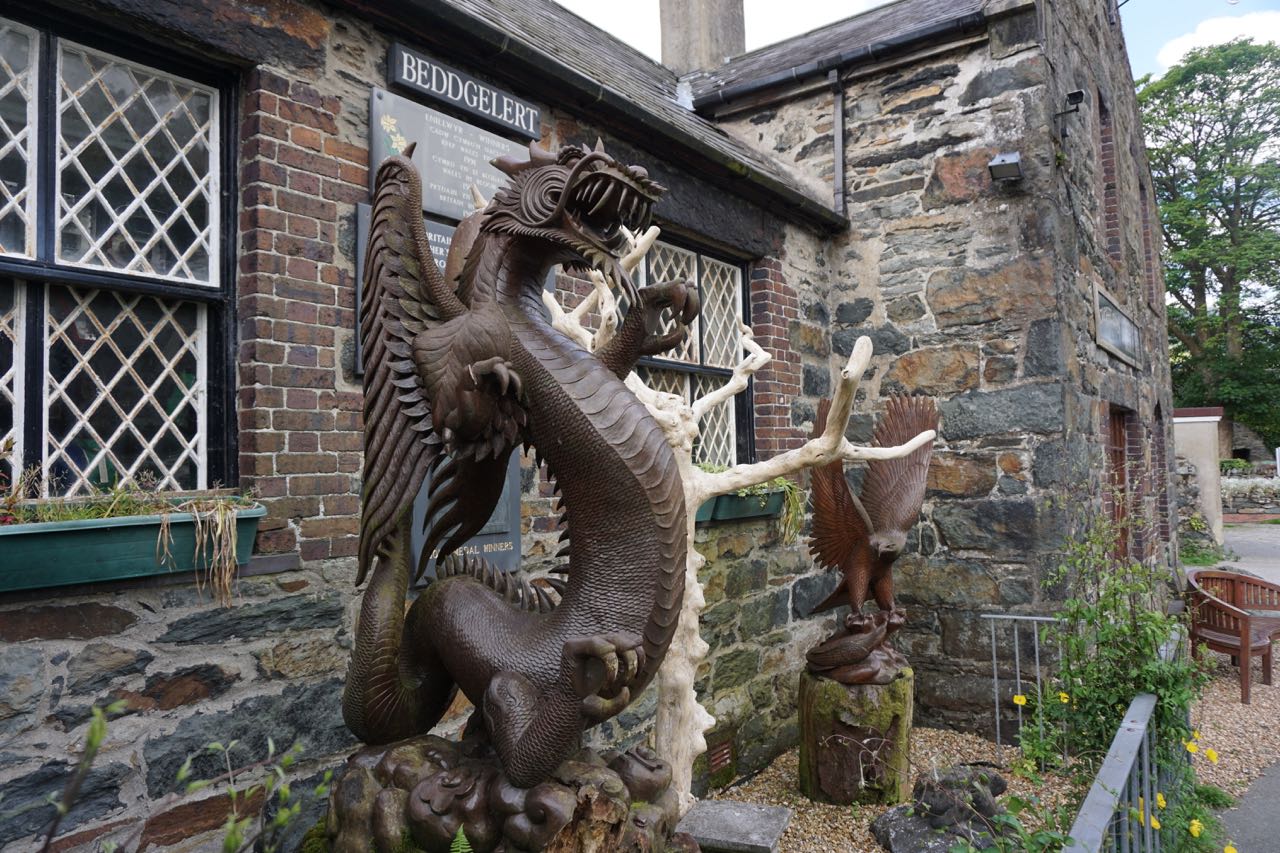 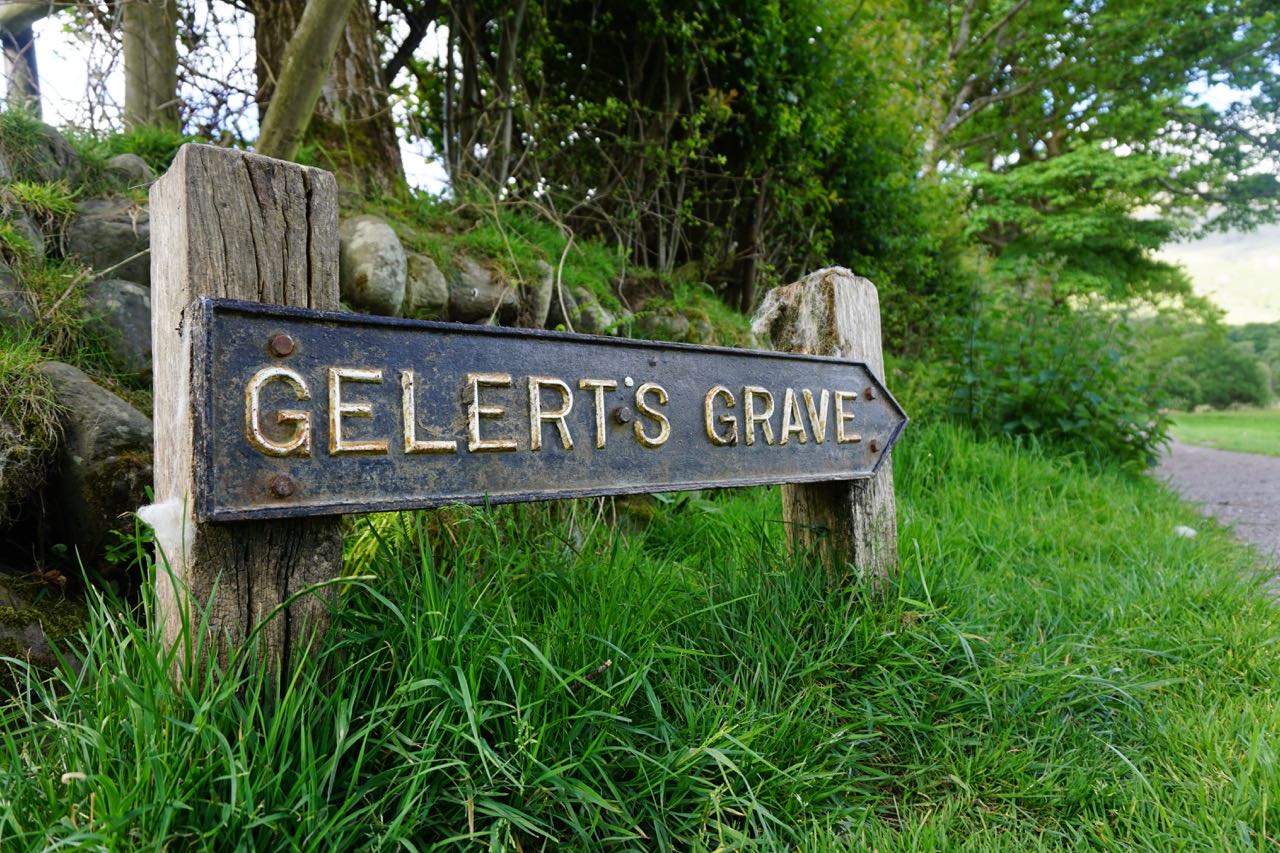 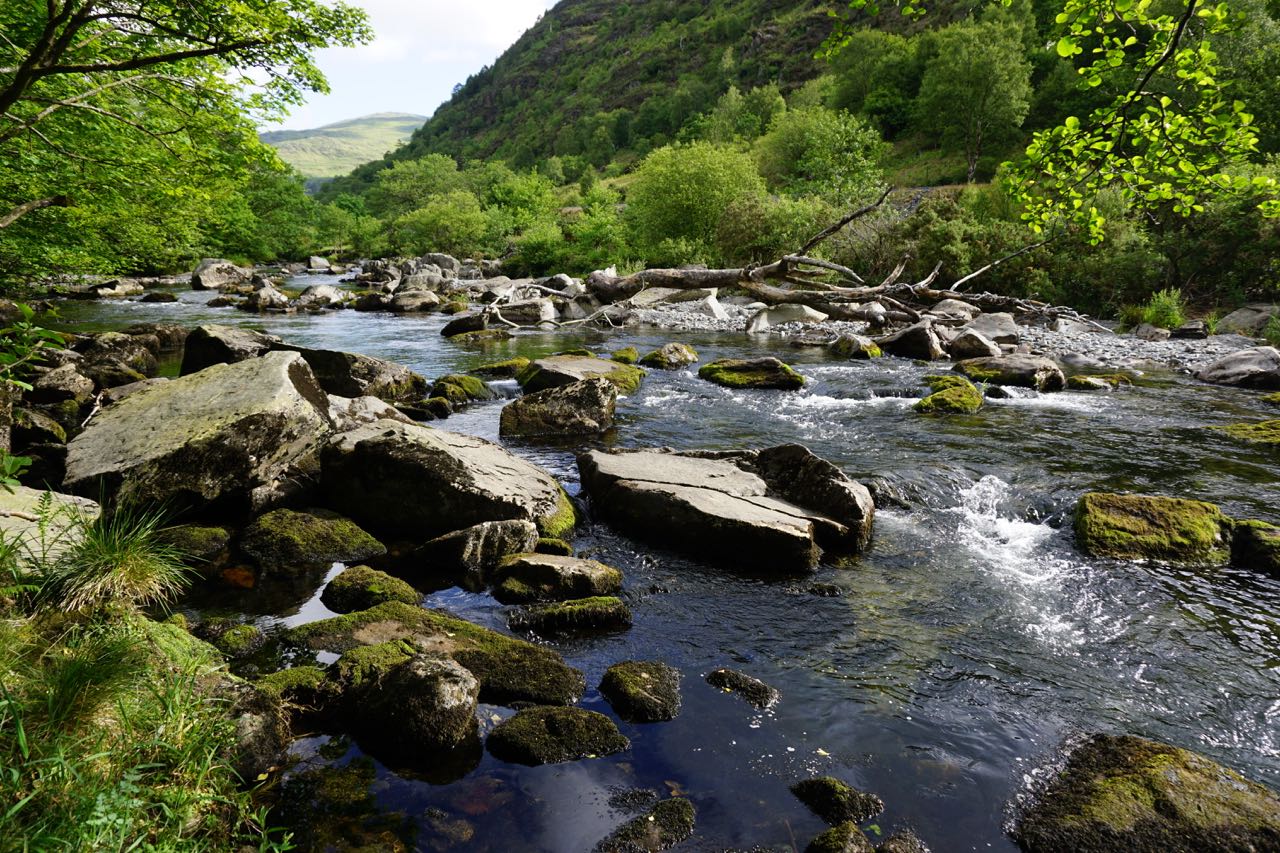 Sculpture of the Dog “Gelert” at Beddgelert 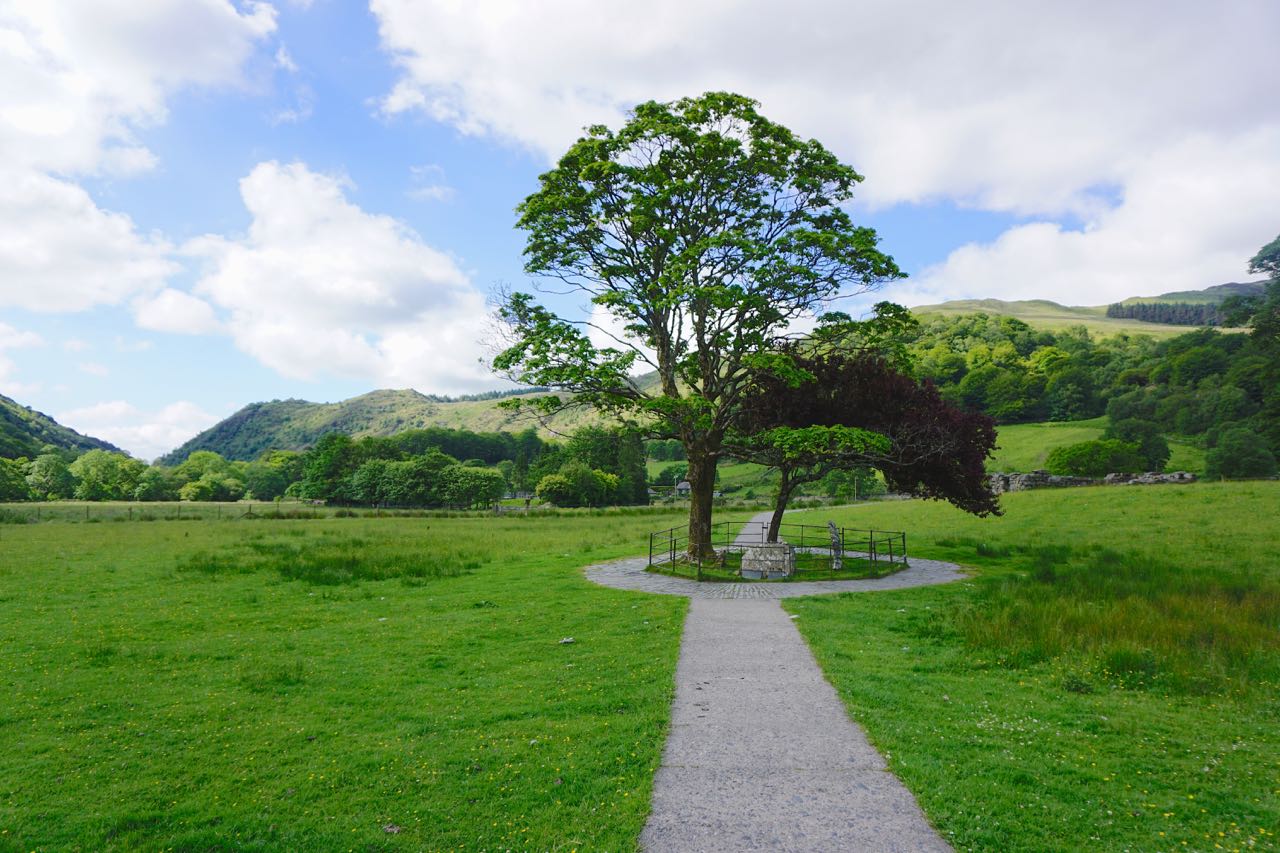 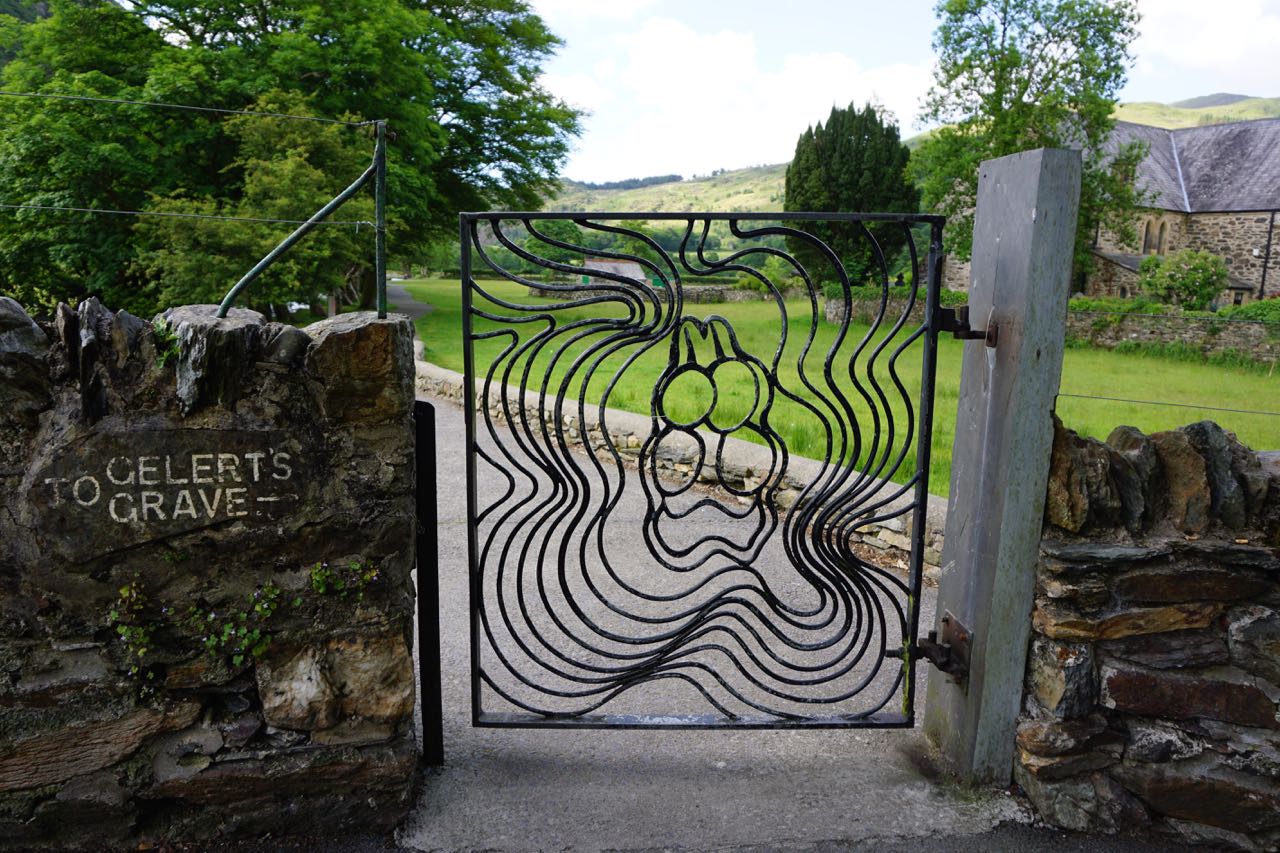 Path to Gelert’s Grave at Beddgelert 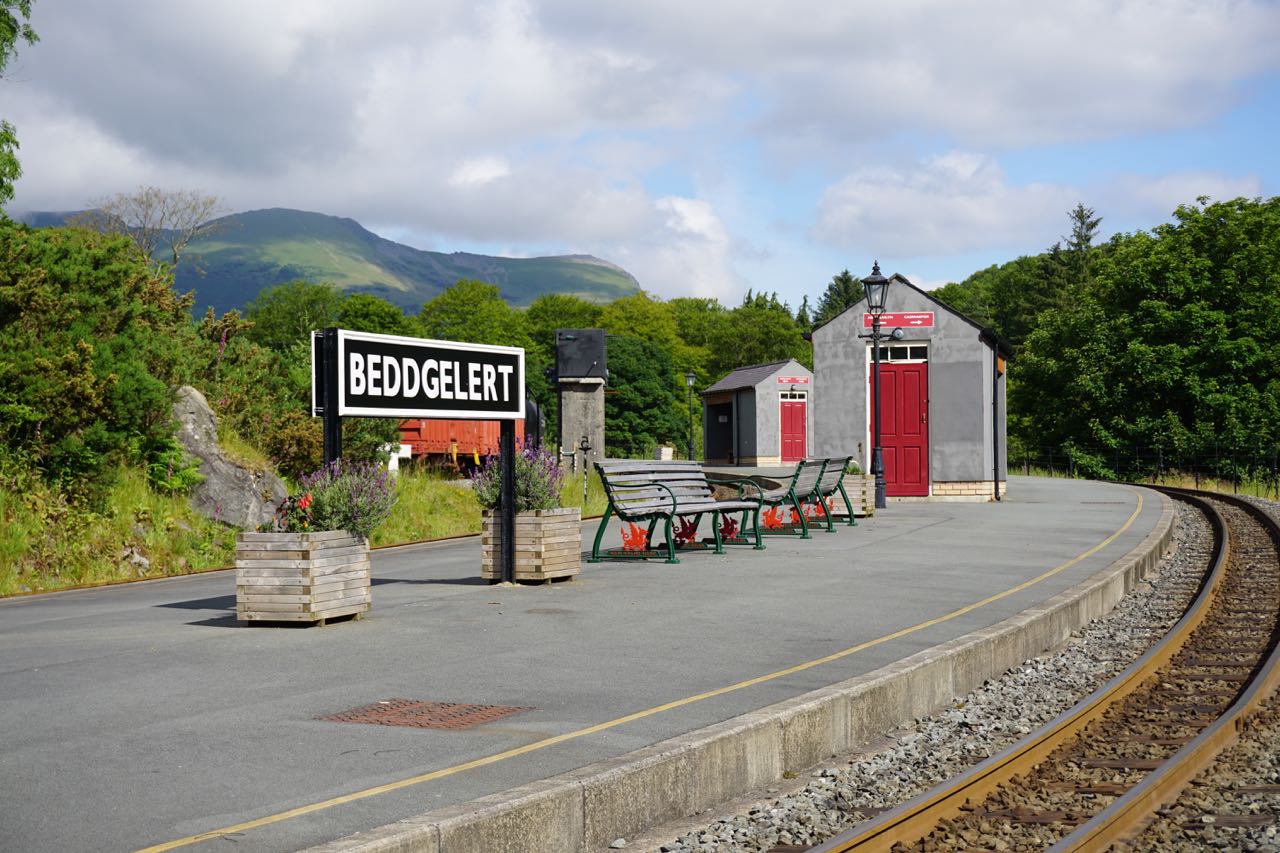 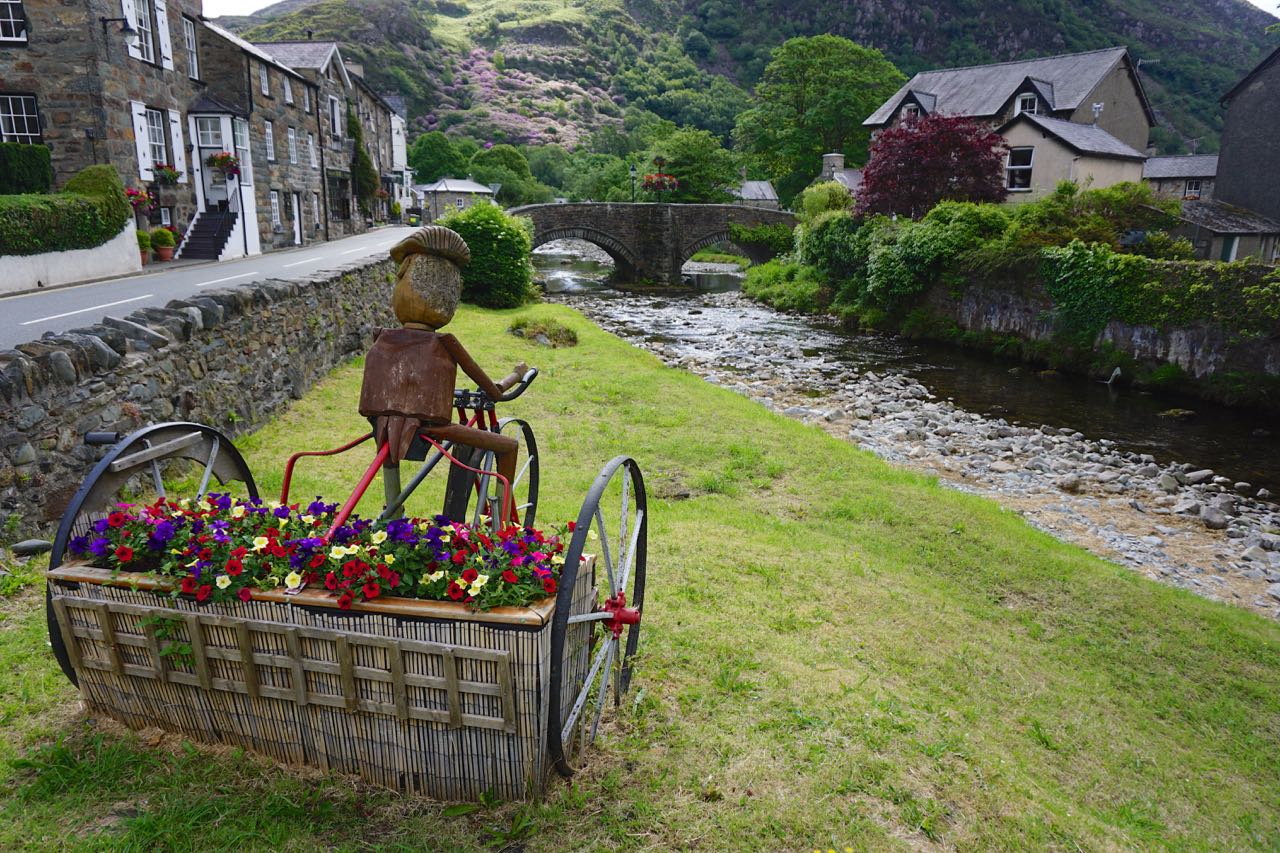 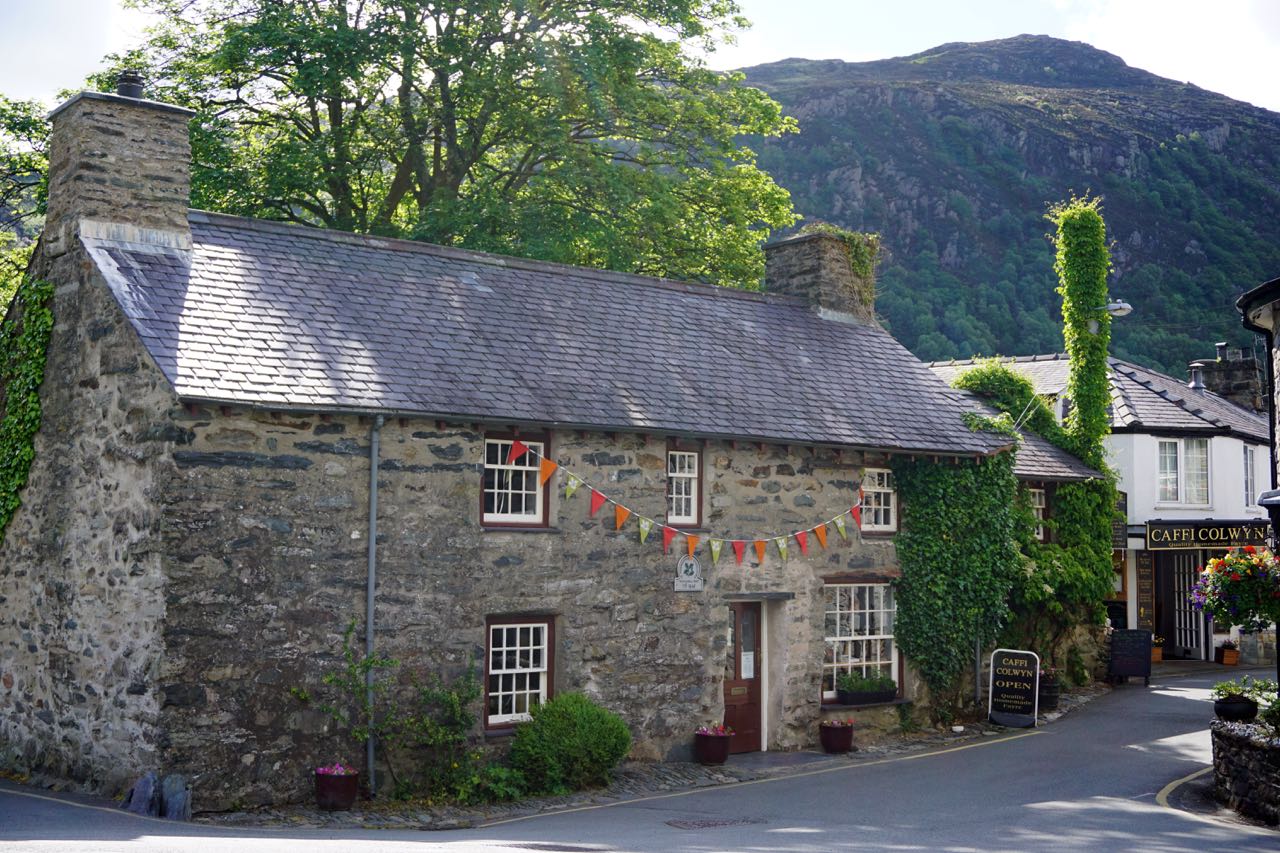