This walk is further afield than the others in this section as it involves a thirty-minute drive. It follows part of the old railway line that ran from Bala to Trawsfynydd, which closed in 1960/61.

The best place to start is a large layby to the east-end of the walk. You can walk from the parking area right through to Trawsfynydd, but I’ve done it here as a straight 3.9-mile linear walk (and 3.9 back, so 7.8 miles in total). 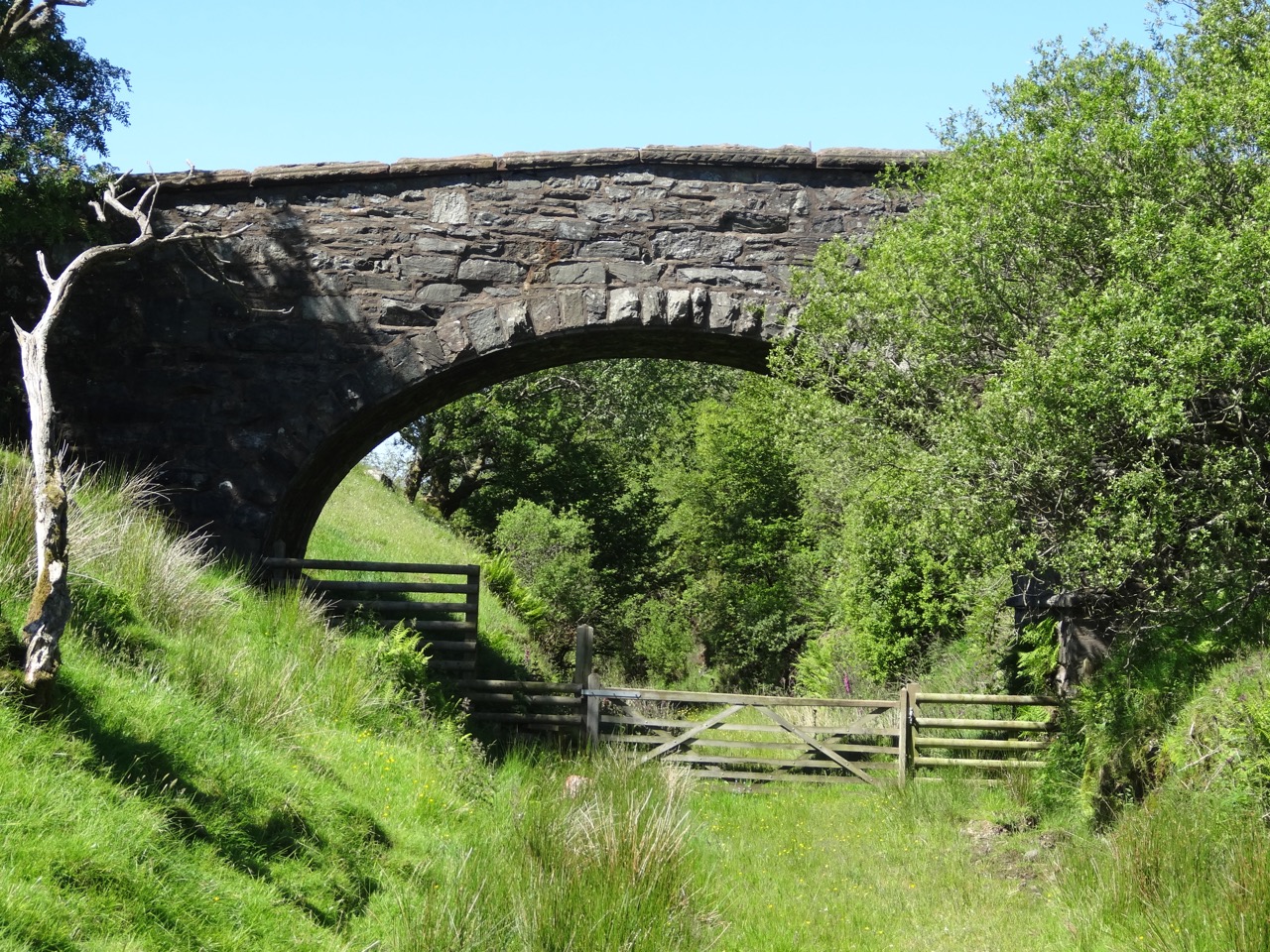 There is lots to see, but the highlight of the route is the 105 feet high, nine-arched Viaduct which was built in 1882. This is only 0.6 miles from the parking area, so if you just want to visit that, it’s worth it. The walk offers great views across the valley to the Arenigs and Rhinogs as well as passing under a lovely stone bridge and over another (which is where I chose to finish and head back). There are remnants of the railway including a red brick building, pretty impressive cuttings into the rock faces, plus a few pieces of ironwork here and there. There were also a few old stone broken tiles along the way (Dennis – Made in Ruabon). I saw quite a few butterflies and also a pair of Peregrine Falcons nesting high in the rocks. You also look across to the remains of Castell Prysor. 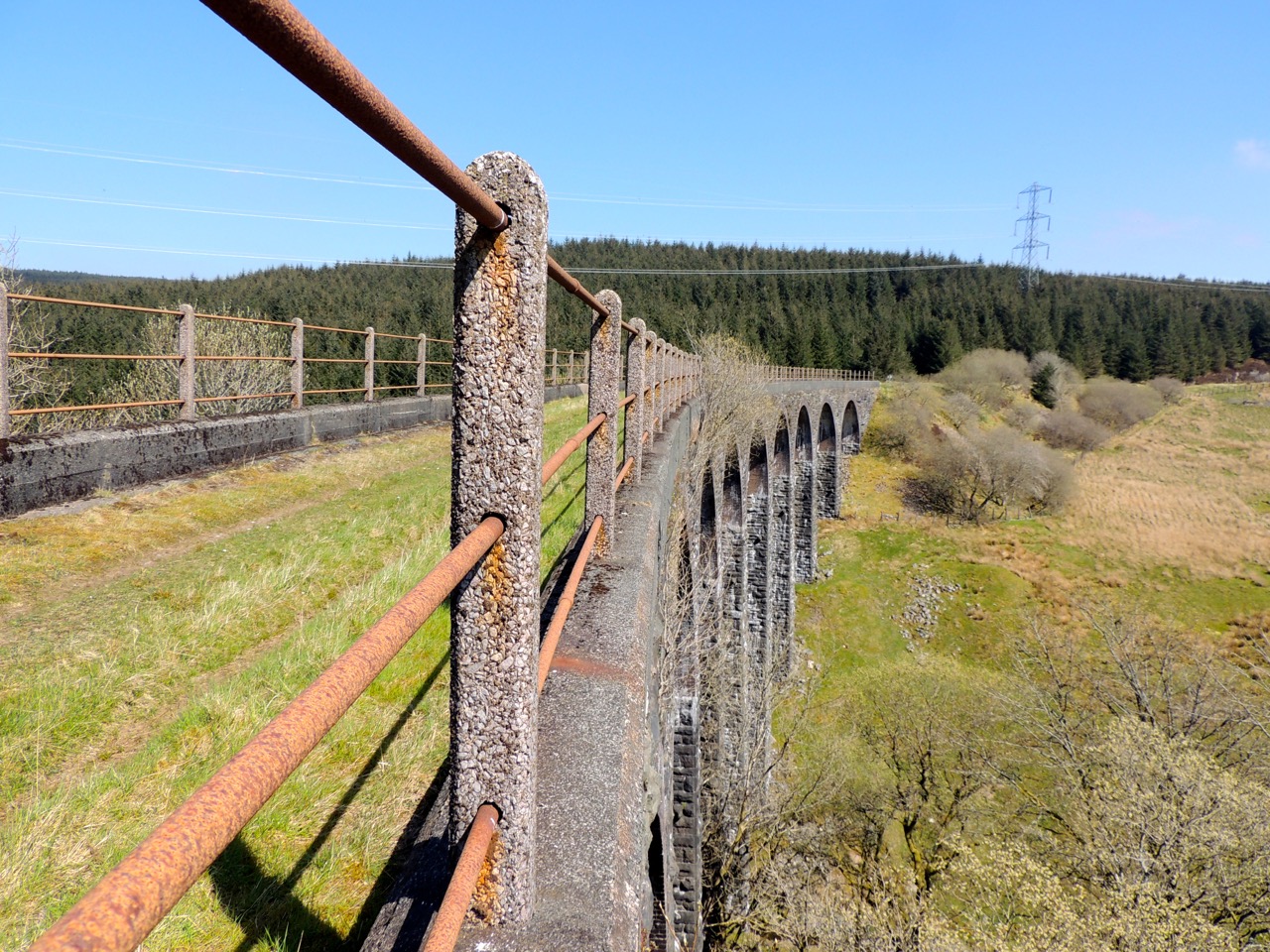 Most of the walk is very easy, but there are a few slightly boggy parts (and it hadn’t rained for a week before I did it), so it might be best avoided after heavy rain. The route starts at 1280 feet and only drops to 915, so it’s pretty flat.

There aren’t great views of the viaduct from this walk unless you climb over a barbed-wire fence either side and walk down a little. Plenty of people seemed to have had this idea before me and the fence was pretty bent, but I’m not not sure I should encourage this. 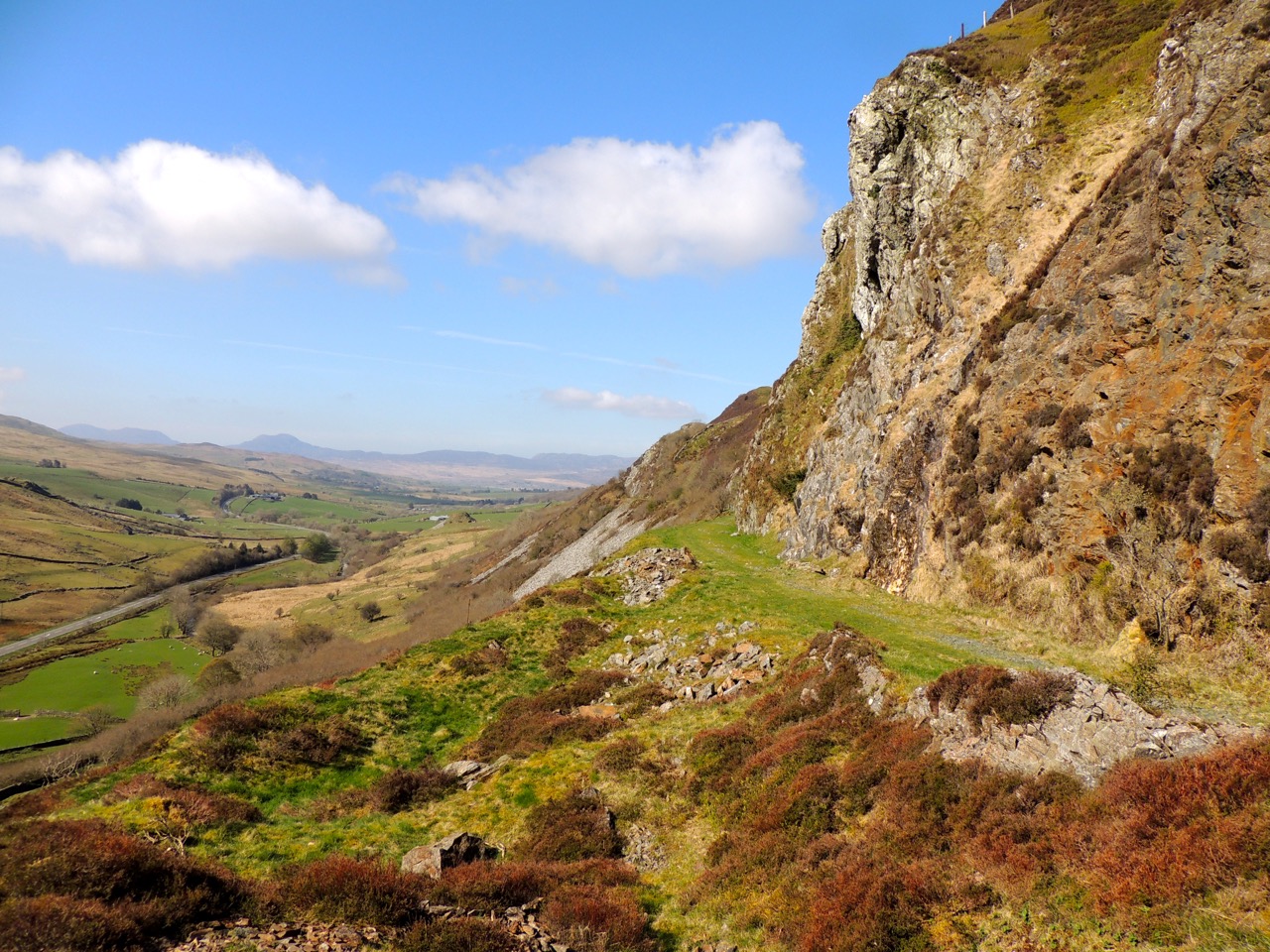 The line closed when part of the valley was flooded (including some of the track) and became a water supply for Liverpool (Llyn Celyn). The railway was once the only way to get between the two towns before the A4212 road was built in 1964 (as part of the deal with Liverpool). 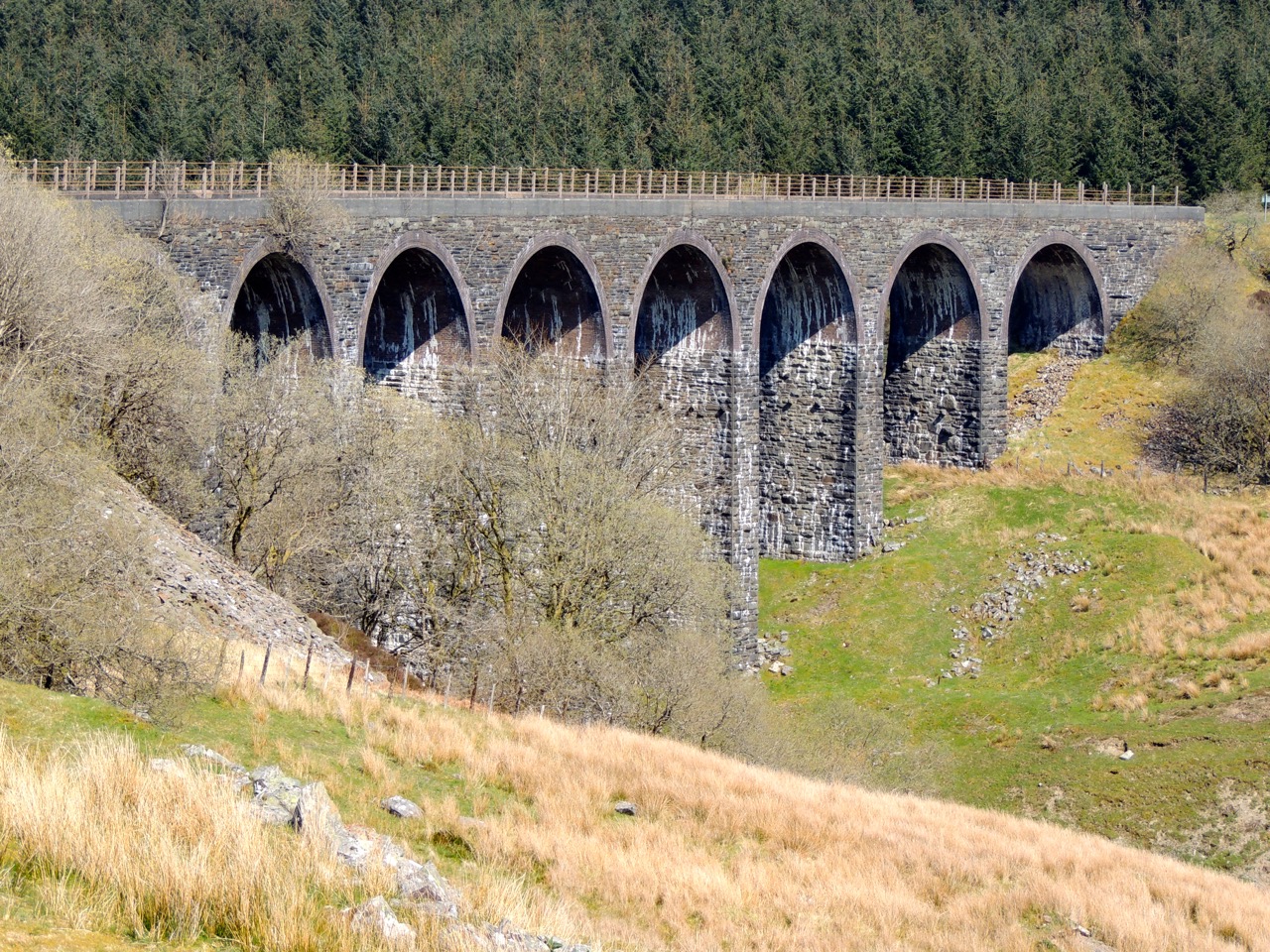 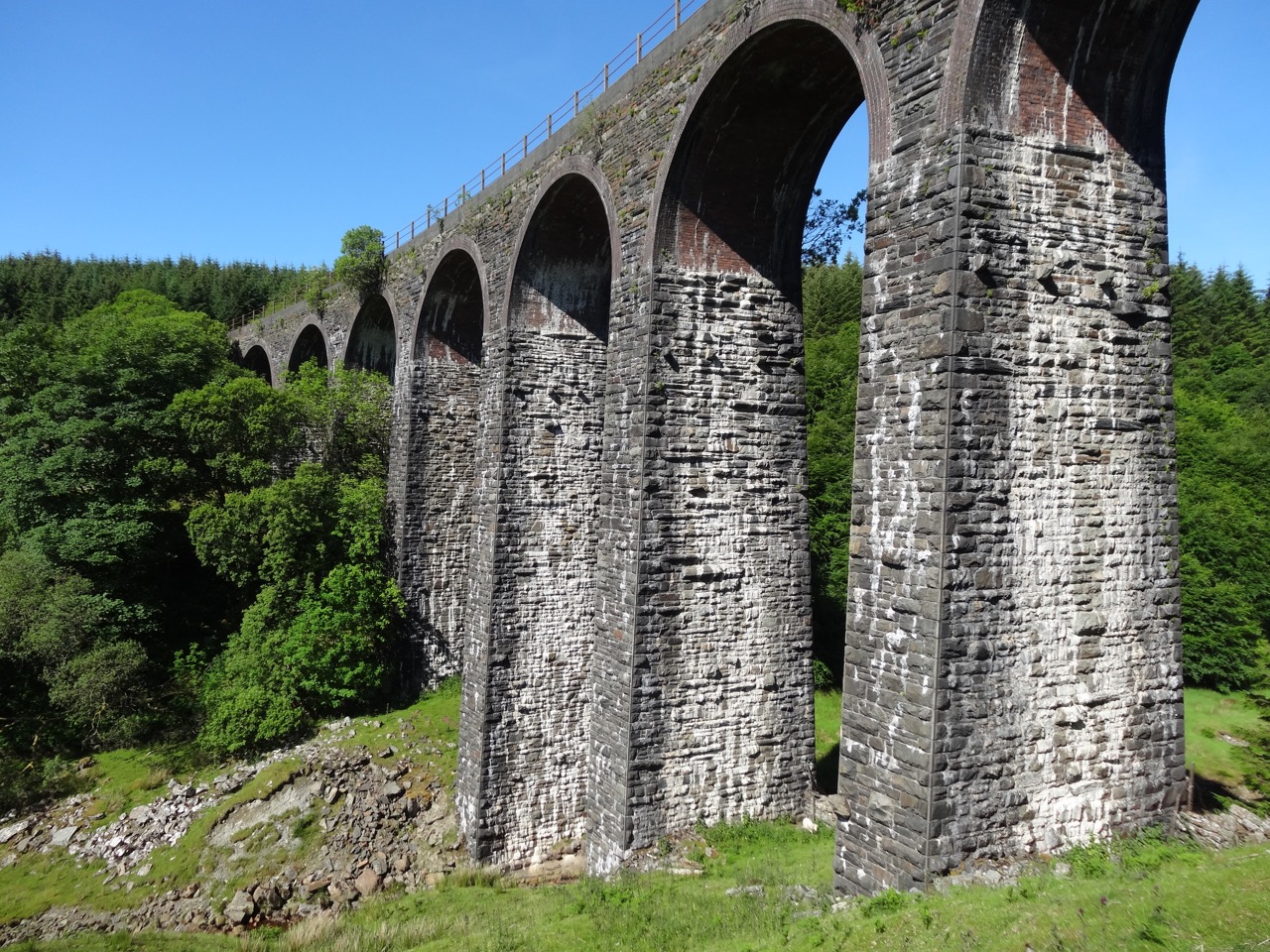 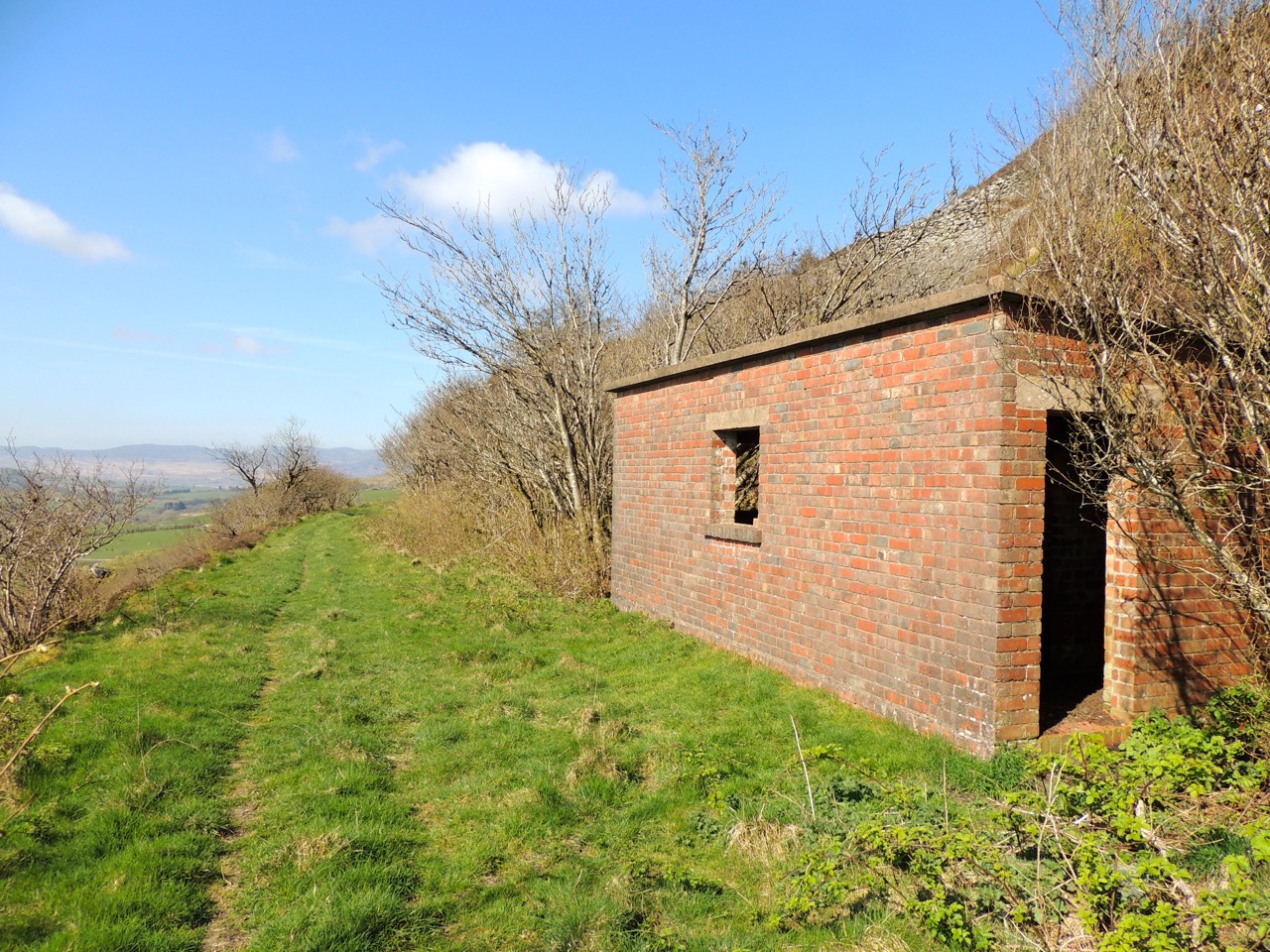 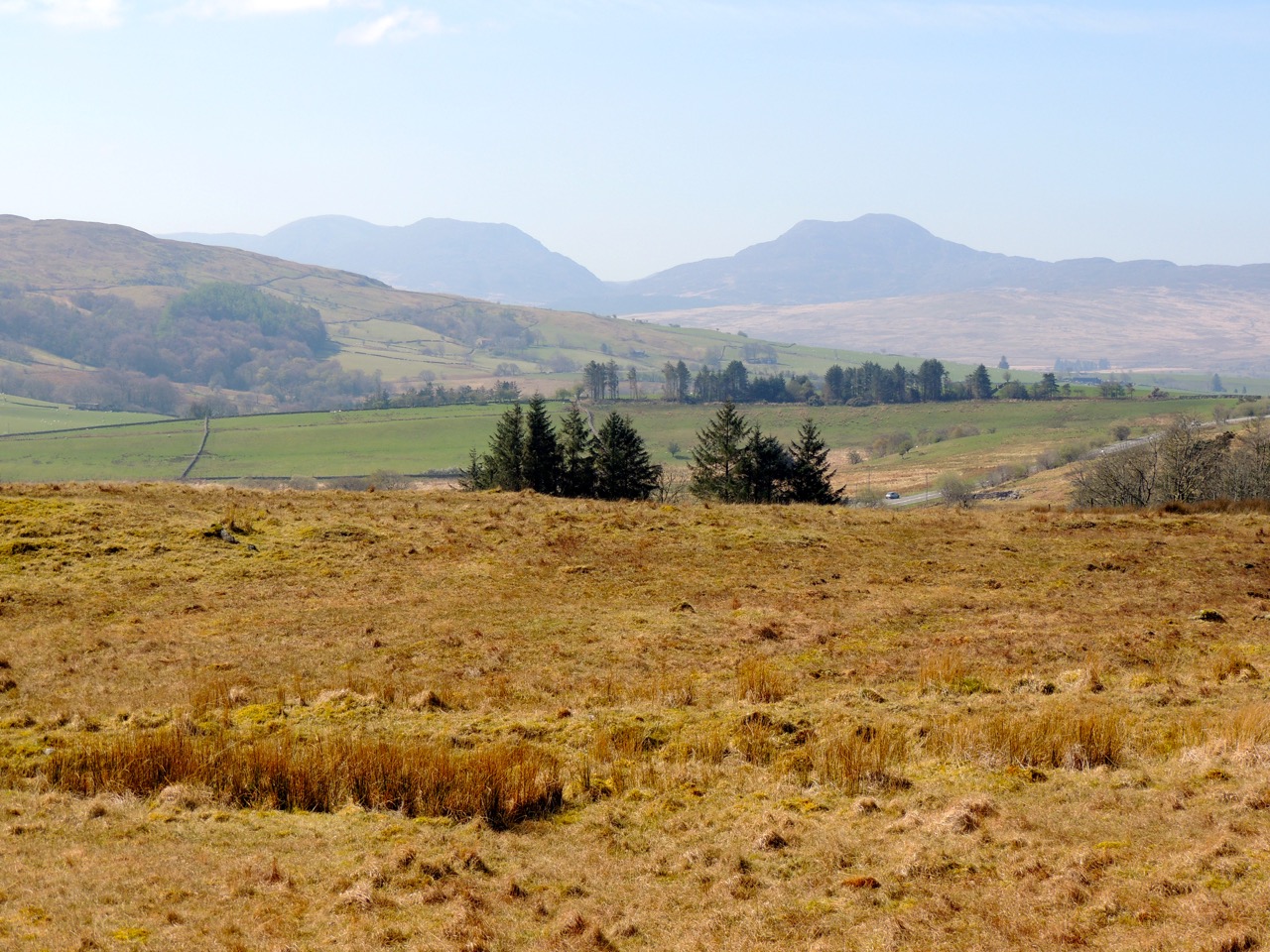 The Rhinogs from Cwm Prysor, near Trawsfynydd 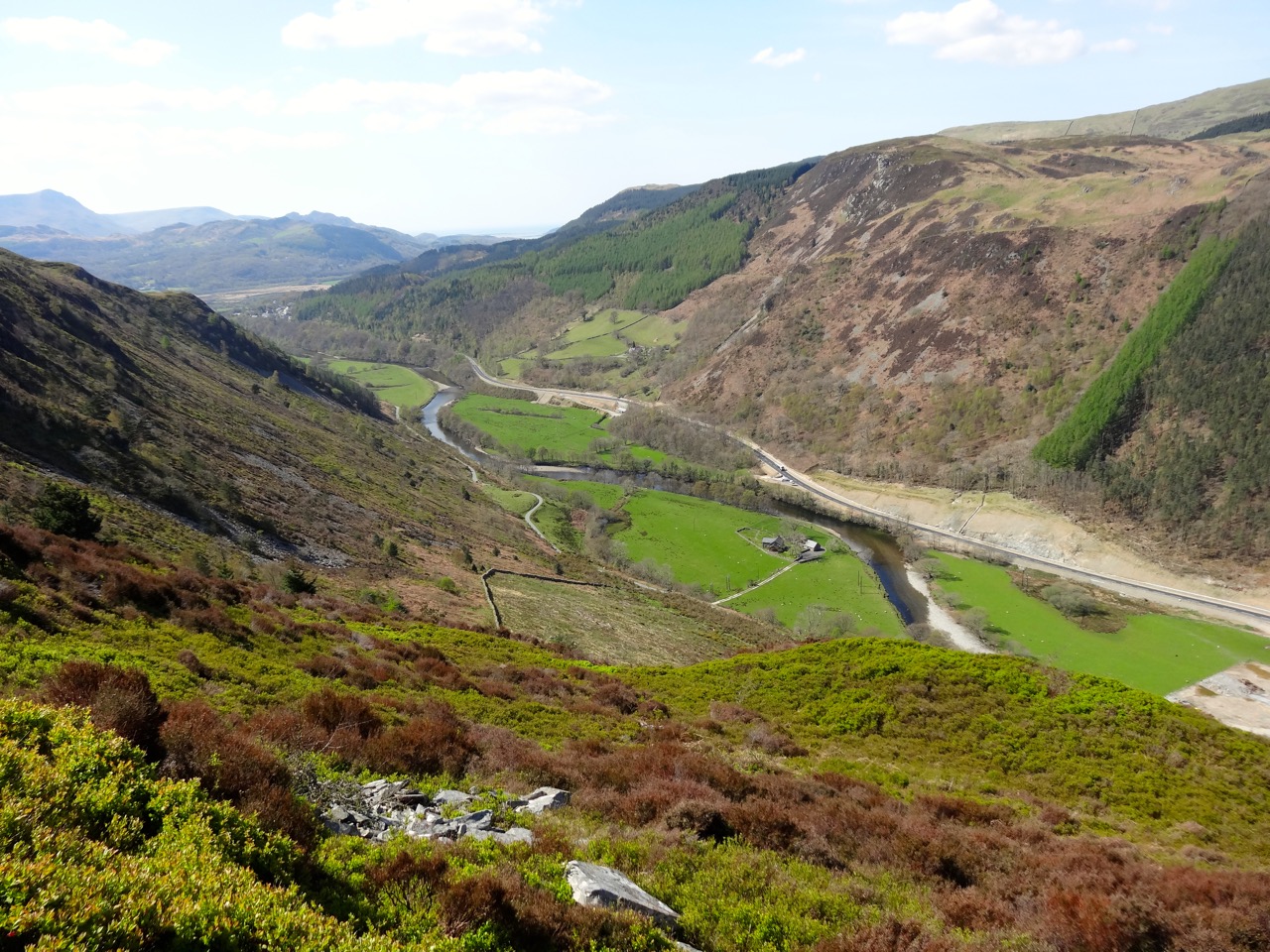 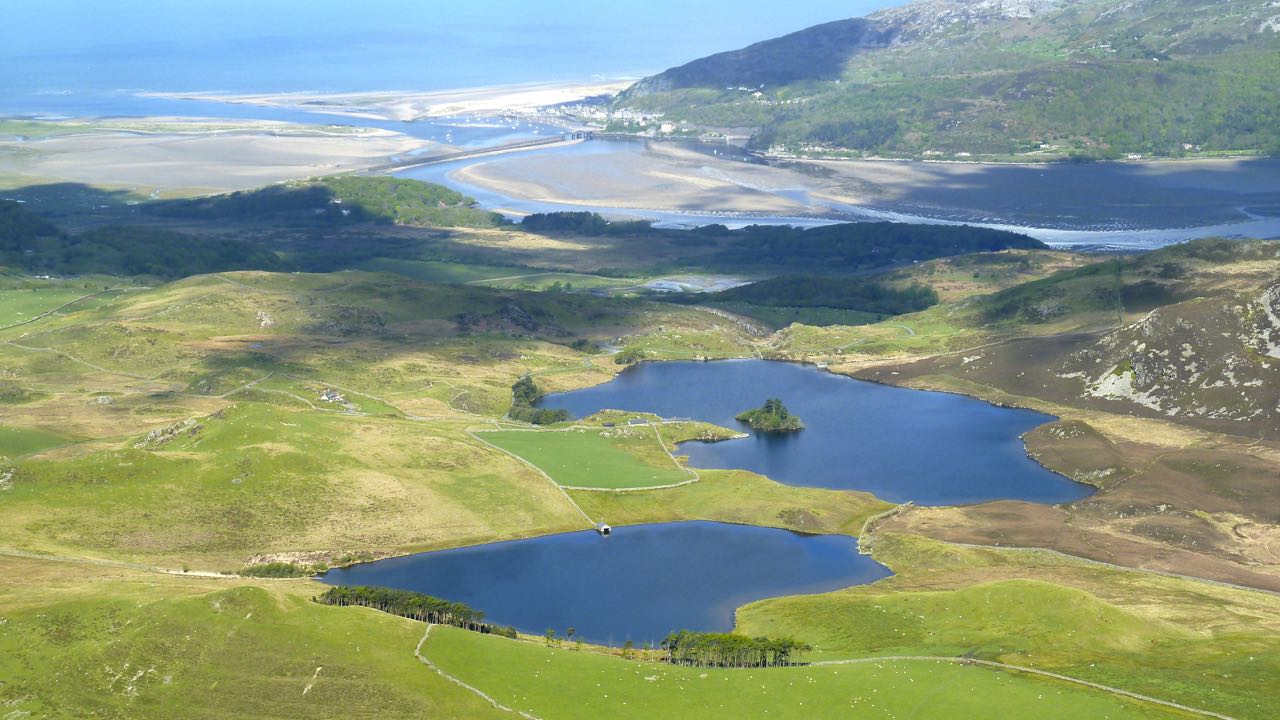 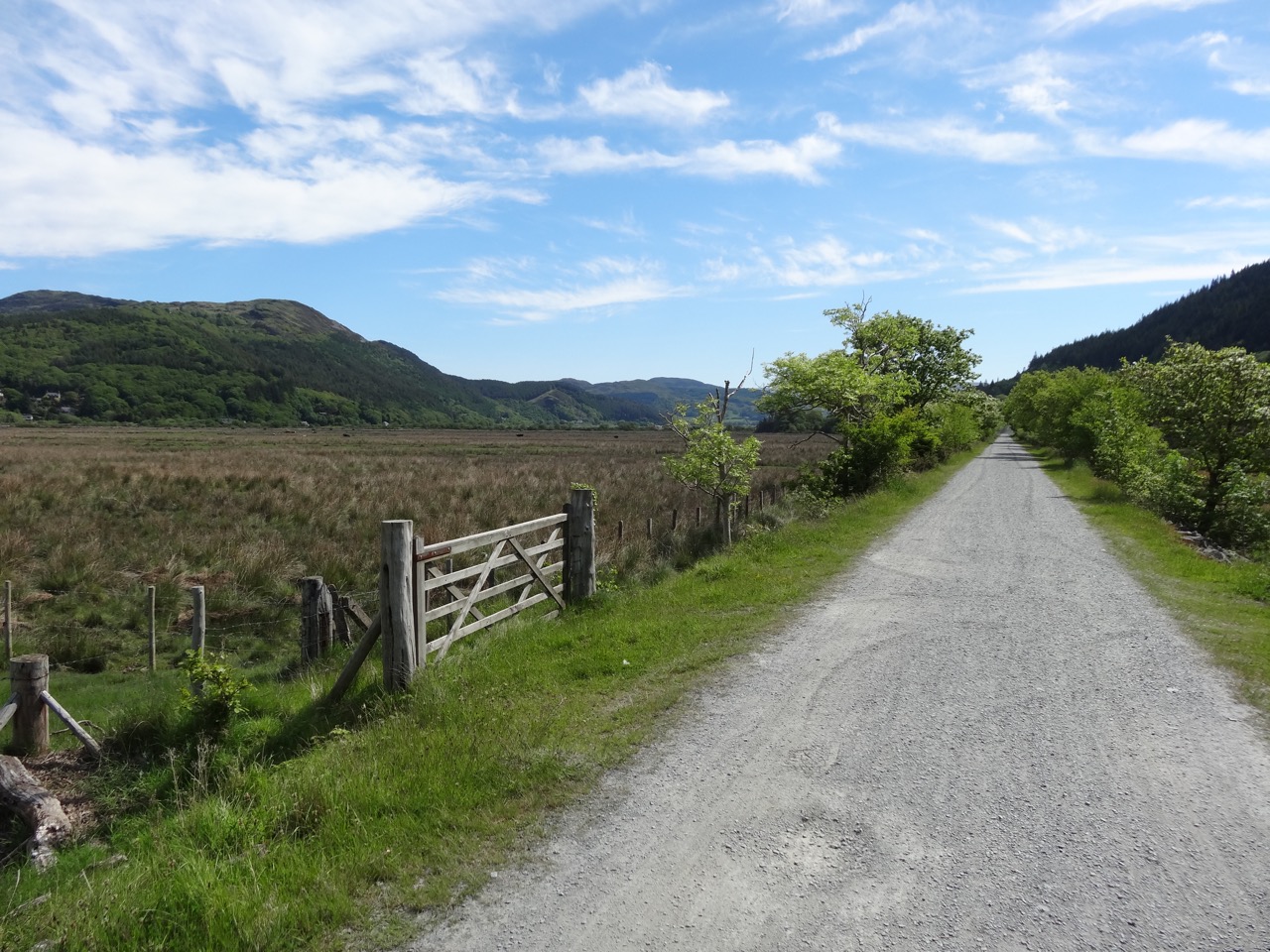 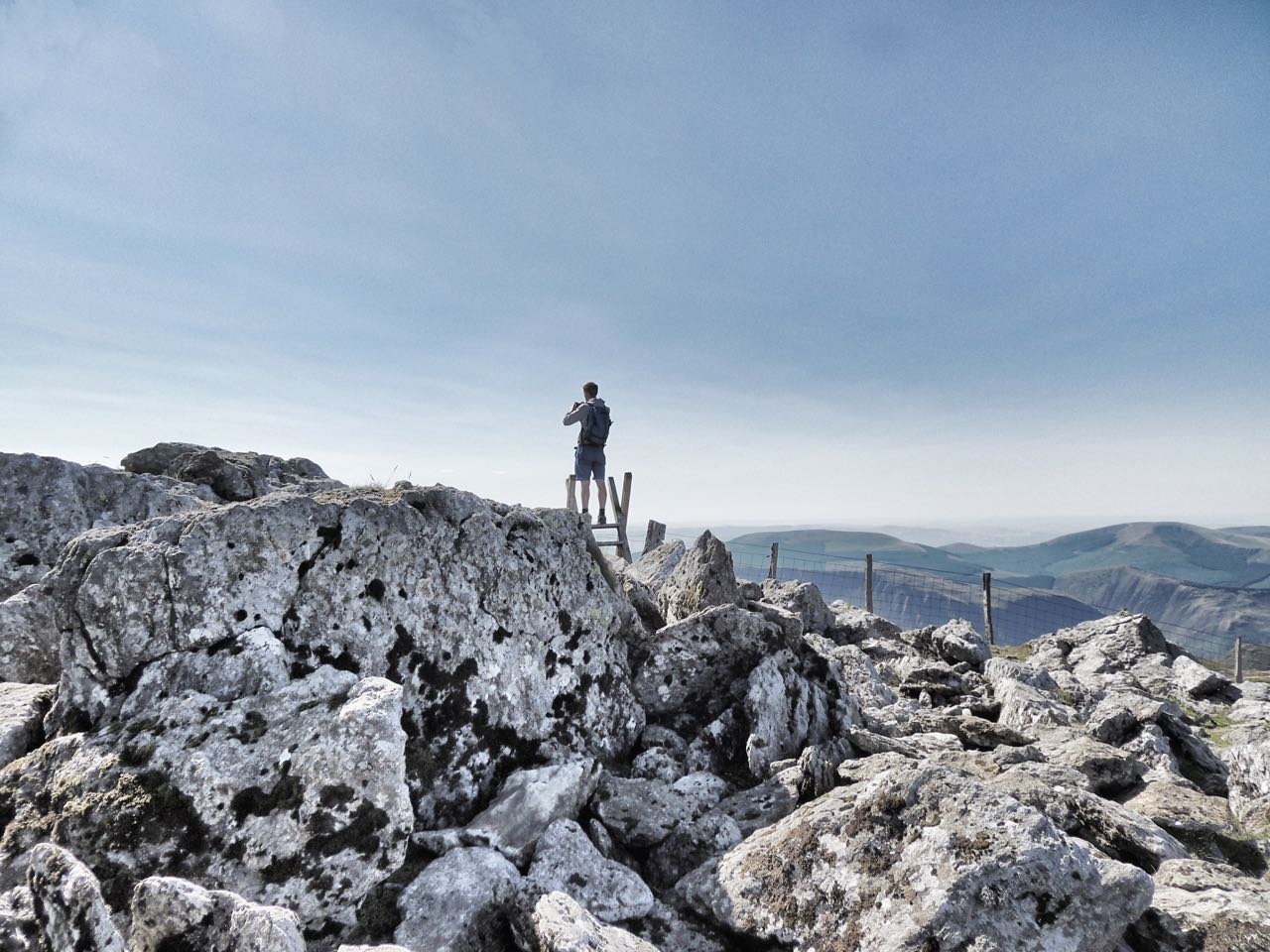