The rocks that built Snowdonia were formed by volcanoes in the Ordovician period and much of the scenery was later carved out by Glaciation. While many come to walk to the summit of Snowdon, there are many other mountains to try, which are less crowded and without a train. These include “Cader Idris” (“Cadair Idris”) and the “Rhinogs” (“Rhinogydd”) to the south. While Cader Idris is 600 feet shorter than Snowdon, its views are no less breathtaking, overlooking Cardigan Bay and towards Ireland. The Rock climbing also varies from novice to experienced. Edmund Hillary prepared for the 1953 ascent of Mount Everest on the cliff faces in Snowdonia.

Snowdonia is one of the best areas in the UK for cycling and mountain biking, with every level covered; There is “The Mawddach Trail” for novices or young families, this follows the nine-mile route of the old railway from Dolgellau to Barmouth. If you are more advanced, then there are the weaving forest tracks of “Coed y Brenin”. There is also a new site at Llechwedd Quarry in Blaenau Ffestiniog and even more planned at Tanygrisiau Lake and Bala. 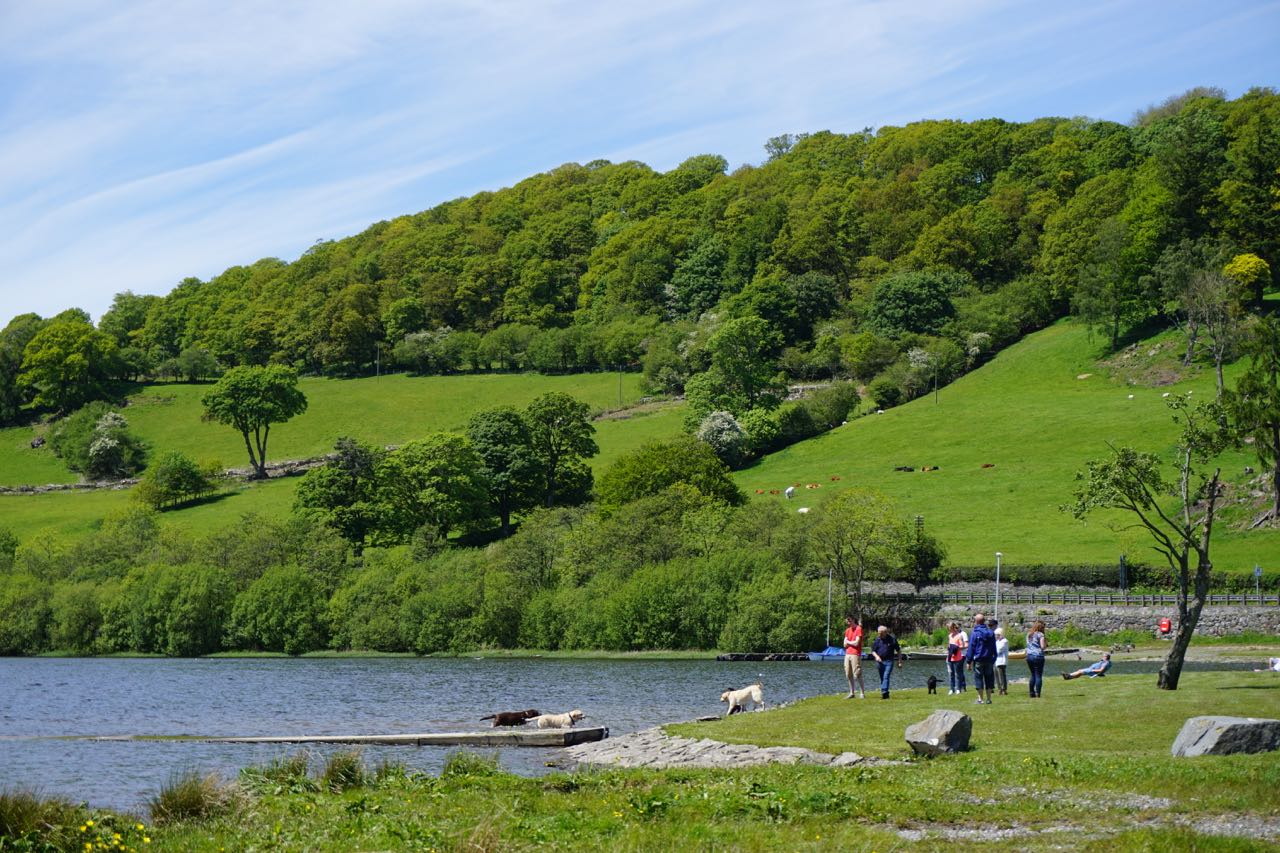 Snowdonia is steeped in history and culture with over 60% of the population speaking Welsh (as well as English of course). There are also many castles to explore in the area, including Harlech, Conwy and Caernarfon. These were originally built by the English to keep out the Welsh, but now the Welsh have them all back.

The Snowdonia National Park (“Parc Cenedlaethol Eryri” in Welsh) covers 823 square miles of North-West Wales. It is the largest and earliest of the three National Parks of Wales, being established in 1951 (the other two being “The Pembrokeshire Coast” and “The Brecon Beacons”, both to the south). The half a million acres of the Park is home to over 26,000 people, spread across picturesque towns and villages including Dolgellau, Betws-y-Coed, Harlech and Beddgelert.

Snowdonia or “Eryri” (“Place of the Eagles” in Welsh) is home to the largest mountain in England and Wales, “Snowdon” (“Yr Wyddfa” in Welsh which means “Tumulus” or “Burial Mound”). The mountain is 1,085 metres (3,560 ft) high, although it isn’t just one peak, but a series of five, separated by passes. There are many paths to the summit as well as the “Snowdon Mountain Railway”, a 4.7-mile rack and pinion railway, opened in 1896, which takes passengers from Llanberis to the top. The summit also boats a new visitor centre, “Hafod Eryri”, built in 2006. 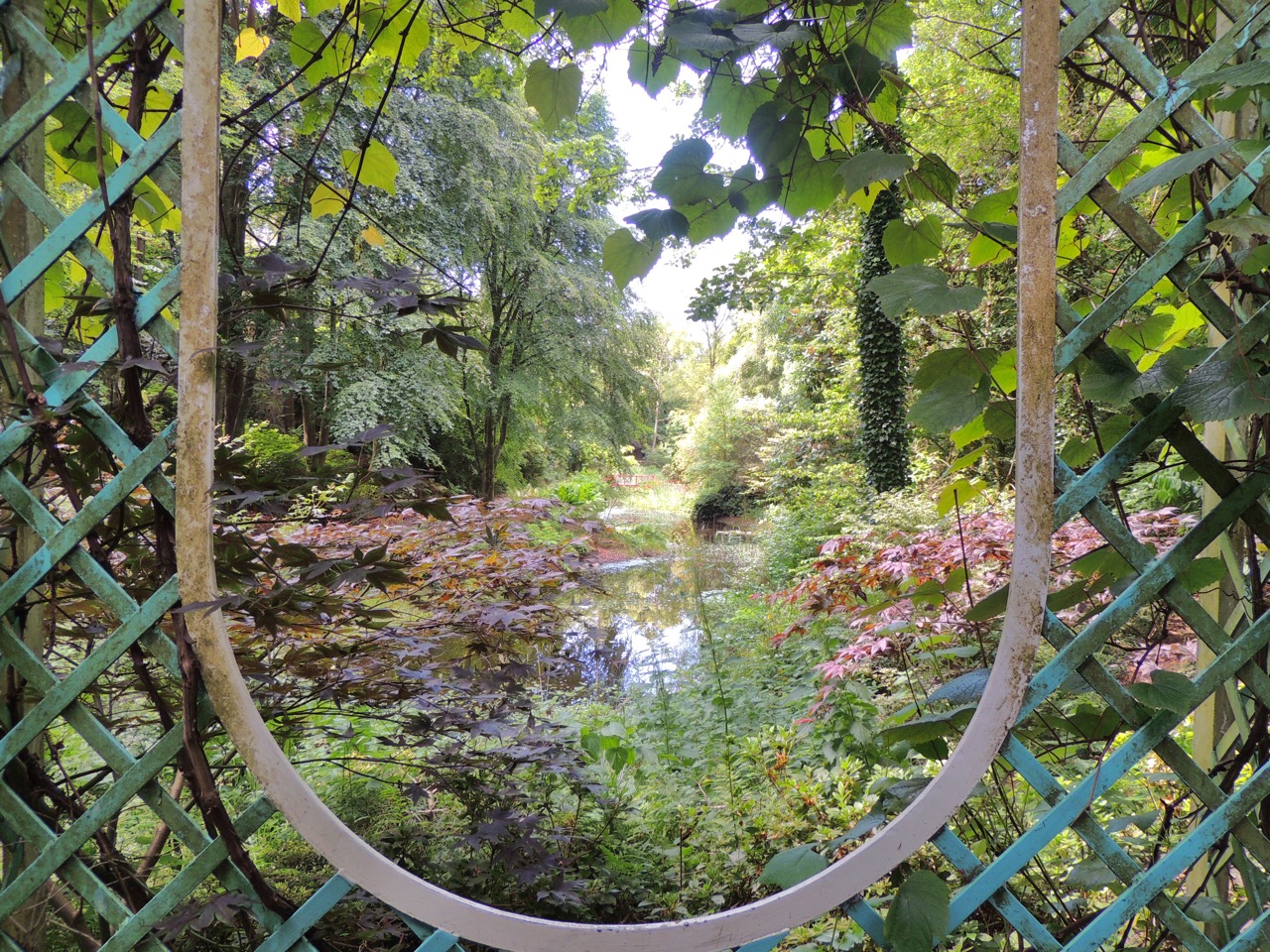 The Japanese Garden at Portmeirion

If you like things a little more ‘steamy’, then how about a visit to one of “The Great Little Trains of Wales”. There are fine examples of Narrow Gauge Railways at “Ffestiniog”, Tal-y-Llyn”, “Llanberis Lake Railway” and the newly completed “Welsh Highland Railway”. Most of these were built for the slate industry in the late nineteenth century and have been modified for people (carriages with seats have been added!). 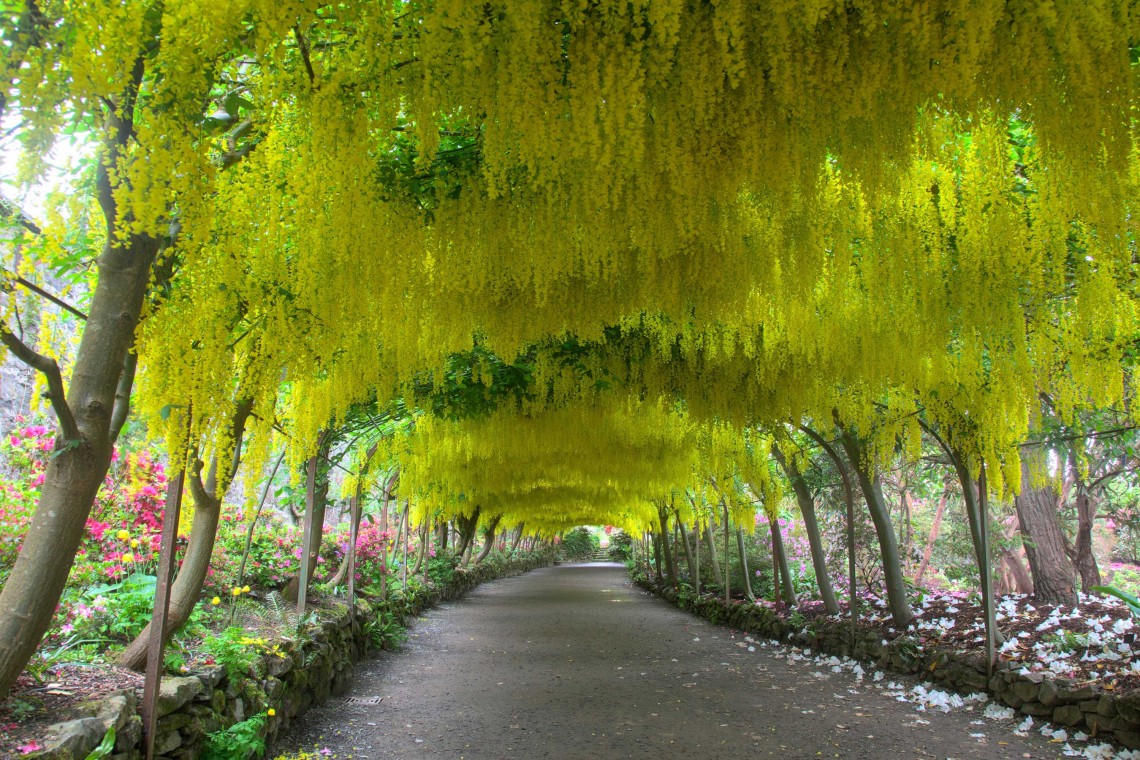 The Laburnum Arch at Bodnant Garden

If you like to take things slow, then other tourists ‘hotspots’ include “Swallow Falls” at Betws-y-Coed, the Portmeirion Italianate village near Porthmadog and Bodnant Gardens. Snowdonia also has 1,479 miles of public footpaths, 164 miles of public bridleways and 50 miles of other public rights of way. It also has 37 miles of coastline, perfect for boating and fishing.